Established in 1982, the University of Verona is made of twelve departments and the School of Medicine and Surgery. The Department of Human Sciences has a multidisciplinary vocation, involving Anthropology, Philosophy, Education, Psychology and Sociology.

Since the 80s the Department of Human Sciences has a tradition of studies on sexual difference and gender. More recently, many researchers of the department gathered in the research centre “PoliTeSse – Politics and Theories of Sexuality” approaching phenomena related to human sexuality in their philosophical, juridical, religious, ethical and biological, anthropological, psychological, sociological, pedagogical, medical and historical aspects.

Federica de Cordova, is a social psychologist, Assistant Professor at University of Verona where she teaches “Transcultural Psychology”. Her research focuses on identity and culture, particularly in cultural and social norms constrain in self-definition in specific contexts and how such constrains affect both individuals who meet the rules and the ones who transgress them. She has developed the multi method research “FamilyLives” (www.familylives.eu) on parental identity within seam-sex couples, between Italy and USA.

Chiara Sità is researcher in Education at the University of Verona. Her research deals with the relationship between professionals and parents in parent support services, considering parent support as a context of social practice where macro and micro meet and where the different actors’ visions are mutually influenced. She has developed the multi method research “FamilyLives” (www.familylives.eu) on parental identity within seam-sex couples, between Italy and USA.

Giulia Selmi got her Ph.D. in sociology and social research at the University of Trento and is currently post-doc research fellow at the University of Verona. Her research focuses on gender differences, sexualities and rights. In the last years she has worked on LGBT couples and family by exploring the relationships among personal experiences, cultural models and the legal framework (or lack thereof). She has developed the multi method research “FamilyLives” (www.familylives.eu) on parental identity within seam-sex couples, between Italy and USA. 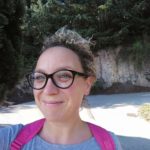