On April 19th 2016 the Institute of Psychology PAN was awarded with „HR Excellence in Research” logo by the European Commission. This award is dedicated to those scientific institutions that comply with highest standards in providing researchers a stimulating work environment.

In 2013-2016 Institute of Psychology PAN was the host organization for Families of Choice in Poland research project conducted by prof. Joanna Mizielińska and her team. Families of Choice in Poland was the first such complex research project on non-heterosexual families done in Poland. In 2015 IP hosted international conference “Queer Kinship and Relationships” for over 100 participants from more than 20 countries worldwide. 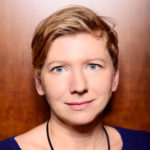 Joanna Mizielińska – holds DSs (habilitation) in sociology, University of Warsaw and a PhD in Women’s Philosophy, Institute of Philosophy and Sociology of Polish Academy of Sciences. She currently works as an Associate Professor at the Institute of Psychology of the Polish Academy of Sciences. Her interests concentrate on queer theory and sociology of gender, sexuality and families. Recently she was a Principal Investigator of the project “Families of Choice in Poland” (2013-2016) which was the first multi-method project on non-heterosexual families in Poland. Currently she is also a Co-Investigator in the research project “Queer(y)ing Kinship in the Baltic Region” [dir. by prof. U. Dahl, Södertörn University, Stockholm]. She is the author of Different or Ordinary? Families of Choice in Poland (2017), Sex/Body/Sexuality (2007) and (De)Constructions of Femininity (2004) and co-author of In different voices. Families of Choice in Poland (2017) and Families of choice in Poland. Family life of nonheterosexual persons (2015). She is co-editor of De-Centring Western Sexualities: Central and Eastern European Perspective (2011). Her most recent writings focus on critical analysis of discourses on families of choice in Poland (Journal of Homosexuality, 2017) and queer kinship beyond Western paradigms (Sexualities, 2017). 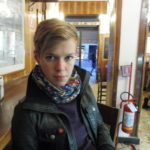 Agata Stasińska – Sociologist, she holds a PhD in social sciences, University of Warsaw, Poland. She was a research officer in the project Families of Choice in Poland at the Institute of Psychology of the Polish Academy of Sciences were she now works as assistant professor. Graduate of the Faculty of Psychology at the University of Social Sciences and Humanities and postgraduate of Gender Studies at the University of Warsaw. She coordinated organizing of national and international conferences i.e. Queer Kinship and Relationships (Polish Academy of Sciences 2015). She is the co-author of Families of choice in Poland. Family life of Nonheterosexual Persons (with Marta Abramowicz and Agata Stasińska, 2015). She co-edited books i.e. Strategie Queer. Od teorii do praktyki 2012 and special issues of journals such as: InterAlia and Studia Socjologiczne and published several articles on the sociology of intimate and familial life and sexuality e.g. Journal of Homosexuality, Sexualities, Studia Sociologiczne, Societas/Communitas and InterAlia.

Agnieszka Król – Sociologist, research assistant at Jagiellonian University Medical College, and PhD Candidate at the Institute of Sociology UJ (Krakow, Poland). Her main scientific interests are located in the fields of gender, disability and diversity studies as well as qualitative and participatory methodology. As a researcher she has been working in various scientific projects tackling social exclusion to reduce inequalities. Recently she has been engaged in the Families of Choice in Poland research project and has co-authored (with prof. J.Mizielińska and dr J.Struzik) a book on queer kinship and families led by non-heterosexual persons. She has held scholarships at University College London (UK), Lethbridge University (Canada) and University of Iceland and is a Sylff Fellow (The Ryochi Sasakawa Young Leaders Fellowship). She cooperates with diverse civil society organizations on anti-discriminatory initiatives both locally and internationally, focusing especially on developing intersectional approaches.