The Casal Lambda is a non-profit association that aims to normalize homosexuality. The lack of this social recognition often leads gays and lesbians to shut down their sexual and affective lives in closed circles and cause them difficulties to assume while at the same time giving rise to discrimination.

Since 1976, and being the first center of these characteristics created in Spain, Casal Lambda offers gays and lesbians an important meeting and orientation space. It has an information and documentation center on sexuality aimed at professionals and researchers. The Casal Lambda carries out an important project of social projection with its cultural activities and the continuous work of sensitization towards the public institutions, the political parties and the society as a whole. 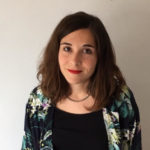 Anna Delgado – Psychologist and sexologist, I have a bachelor’s in psychology from the University of Girona and I did my sexology postgraduate at the University of Barcelona. I have been working at Casal Lambda for the past four years and throughout my career I’ve worked with children and teenagers as a social educator and counsellor.

Verónica Portillo Serrano – Licensed in Psychology at the Universitat Autònoma de Barcelona. Postgraduate in Sexual and couples therapy at the University of Barcelona. Postgraduate in therapeutic training at the Ithaca Center and in Humanist Psychotherapy at Institut Erich Fromm. Volunteer as Individual and couples psychotherapist at Casal Lambda since 2013.

Silvia Morell Capel – Psychologist responsible for psychological counseling for 28 years. Teacher since 2002 in the different Masters and Postgraduate courses dedicated to the study of Sexuality at the University of Barcelona (Master in Couples and Sexual Therapy) and at the University of Girona and Lleida. Collaboration with the Masters Degree in the Spanish Association of Cognitive Behavioral Psychology (AEPCCC). Belongs to the editorial committee on the website sexejoves.cat of the Catalan Institute of Health. Collaboration in the book “El Género desordenado”, completed by Miquel Misse, as well as in various articles.

Sergio Pascual Artigas, Licensed in Law at the Universidad de Barcelona and licensed in Psychology at the UOC (Universitat Oberta de Catalunya). Currently studying General Sanitary Psychology in collaboration with UOC and Universitat de Girona. Volunteer of the Casal Lambda as psychologist.

Júlia Ceamanos Cuesta – Licensed in Psychology and Mater in Sexual and couples therapy at the University of Barcelona. Postgraduate in alternative dispute resolution and systemic familial mediation at the University of Girona.  Since 2013 I have been working as  psychotherapist at the Casal Lambda.  My job is to assess, guide, train and accompany people, integrating the gender perspective, in their process towards their own and psychosocial autonomy. 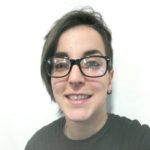 Alessandra Amato – Graduated in Personality and Interpersonal relationships Psychology, master degree in Clinical Dynamic Psychology at the Università degli Studi di Padova. Currently studying Master in Women and gender’s studies at the Universitat de Barcelona. Volunteer of the Casal Lambda as psychologist from 2016.